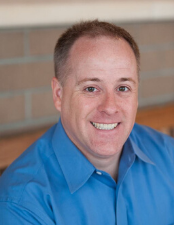 Jason has been working as an entrepreneur and with entrepreneurs for over 15 years. First, he was a business coach in the early 2000’s, and later became an internal coach at a Fortune 500 financial services company. It was this assignment where Jason became quite passionate about new entrepreneurs.

Owens received a BS degree in electrical engineering from Ohio University, and he holds an MBA from Thomas More College. Jason has worked on a doctoral degree where researched ways to improve the success rate of new business start-ups.

Jason is a published author and has delivered 40+ workshops throughout the Southeast.

Jason and his wife of 23 years, Karen, recently relocated to Estes Park, Colorado.