We help entrepreneurs and businesses start, grow and prosper through street-smart business education and assistance 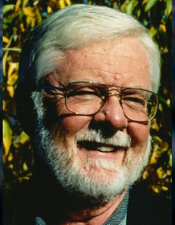 Mike has been an active small business counselor since 2004 when he helped form the Steamboat Springs SCORE group. (Formerly called Service Corps of Retired Executives, SCORE is a resource partner with the U.S. Small Business Administration.) Following his relocation to Fort Collins in 2017 Mike has continued SCORE counseling in Larimer County and has already met with more than 40 clients assigned by the Denver office or directly from the national SCORE website. Mike has also recently completed certification with the Larimer County SBDC

Although most of his consulting has been in the general area of start-up businesses, he has worked actively with existing small business on partnership issues, strategic and business planning, personnel management and commercial and real estate lending. He has also counseled several non-profit organizations.

He began his commercial mortgage banking career as an owner and chief operating officer of Larson Financial Resources in Bernardsville, New Jersey in 1985. Forney is a Certified Mortgage Banker (CMB). He was a member of the national board of directors for the Mortgage Bankers Association of America for ten years until his retirement and served on the multi-family advisory panels for both Freddie Mac and Fannie Mae.

Prior to 1985, Mike was employed for 18 years as a public relations, public affairs and national advertising manager with AT&T in Seattle, Portland, San Francisco and New York City. He also spent eight years as an announcer and news director at six different radio broadcast outlets in the Pacific Northwest.

He is Past President of the Routt County United Way, former Chairman of the Yampa Valley Regional Airport Commission, past president of the Steamboat Springs Rotary Club, past district governor of Rotary District 5440 (Northern Colorado, Wyoming and parts of Idaho and Nebraska) and a founding board member of the Steamboat Springs Main Street organization. He is now an active member of the Rotary Club of Fort Collins-Foothills. Mike is also a children’s story-teller with the Spellbinders group and now shares stories every month with fifth graders in both the Thompson and Poudre school districts.

He was a general aviation pilot for 50 years flying volunteer humanitarian missions for the national Angel Flight organization and the Department of Homeland Security before selling his last aircraft in 2014.