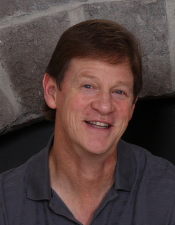 Mike Gugliotto recently completed a 33-year career in newspaper management, starting at the Fort Collins Coloradoan as Retail Advertising Manager and concluding as the President/CEO of the Seattle-based Pioneer News Group, which was sold in November 2017.

Pioneer was a family-owned company comprised of 24 small to medium-sized community newspapers (like the Coloradoan) with approximately 1,000 employees in five states.  The company owned several metro commercial real estate properties that Mike also managed.  Throughout his career, Mike served on the board of directors for many organizations including as President of the Inland Press Association, on the Board of Trustees for Washington State University and as Pacesetter and General Business Chairman for the United Way of Loveland/Berthoud.

If you’ve never met with a Larimer SBDC consultant.